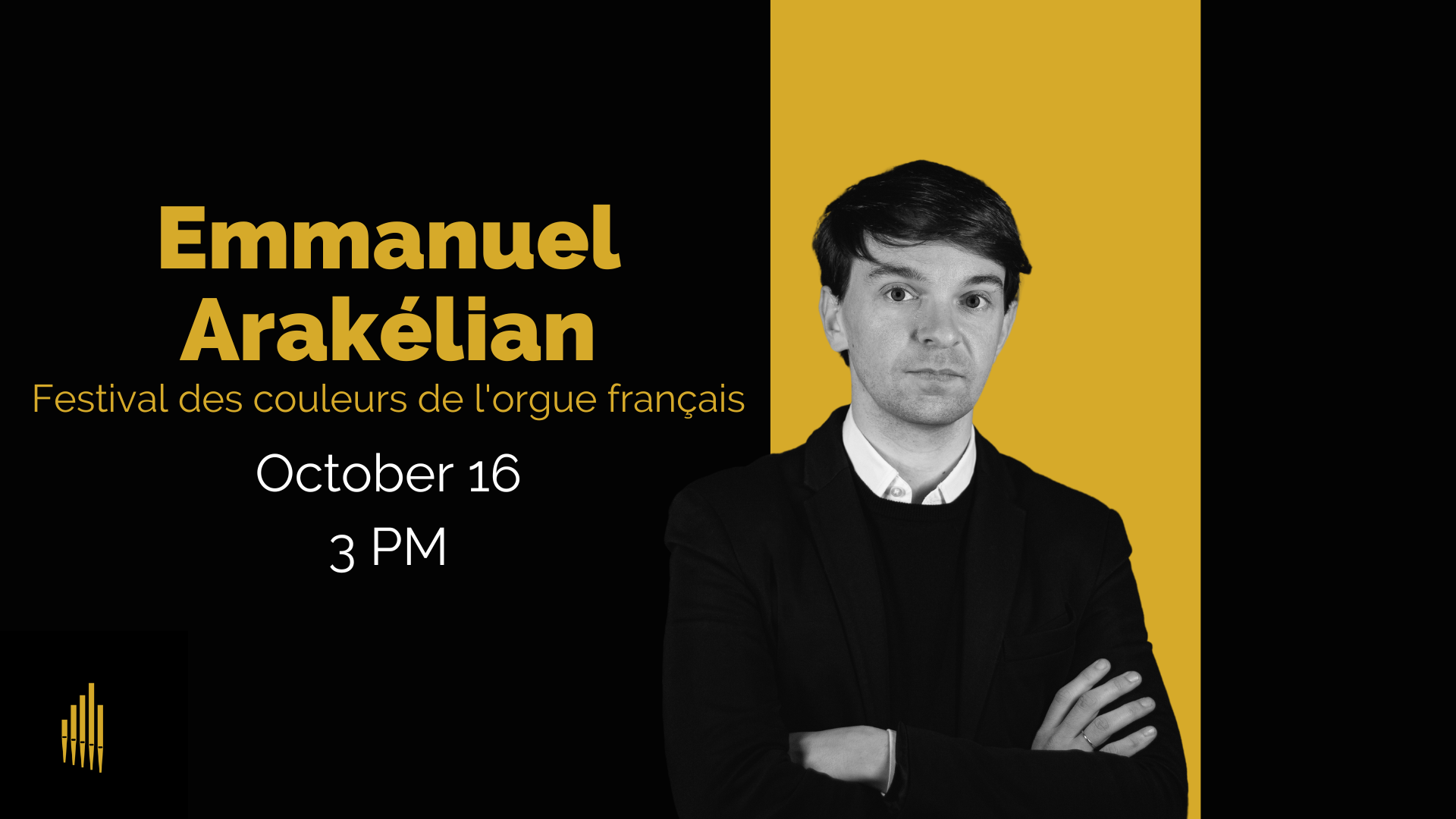 Originally from Avignon, Emmanuel Arakélian discovered his passion for historical and modern keyboards at a young age. After graduating with highest honors from the Regional Conservatory of Toulon, he began studies at the National Conservatory of Paris. He studied organ with Olivier Latry and Michel Bouvard, and harpsichord and basso continuo with Olivier Baumont and Blandine Rannou.

In January 2019 Emmanuel Arakélian was appointed as a new organist at the Basilique de Saint-Maximin la Sainte-Baume, where he plays the basilica’s historical instrument from 1774.

His love of early music and his passion for instrument building has lead him to many different areas of musical research, as well as an interest in music of our own time. Among contemporary composers, he is especially drawn to the music of Bernard Foccroulle, Vincent Paulet, and Grégoire Rolland.

Emmanuel Arakélian has appeared regularly in some of France’s most renowned festivals, including the “Jeunes Talents” Festival in Paris, the Francois-Henri Clicquot Festival in Poitiers, the organ concert series of the Royaumont Foundation, the Roquevaire Festival, and The Festival des Grandes-Orgues de Chartres, as well as festivals in Switzerland, Germany, The Netherlands, Italy, The United States, and Canada.

In November 2016, he became the seventh Young Artist-in-Residence at the Cathedral of New Orleans. In this position, he performed regularly in the United States on both the organ and the harpsichord as a soloist, with choir, and with the Louisiana Philharmonic Orchestra.

Emmanuel Arakélian currently teaches organ at the Regional Conservatory of Marseille and serves as organist at the Saint Léonce Cathedral in Fréjus, France, where he presides over a three manual pipe organ by Pascal Quoirin and Jean-Louis Loriaut. Very involved in the promotion of the organ and its music in the South of France, he has participated for almost ten years in the development of a concert series featuring Quorin and Loriaut’s landmark instrument.