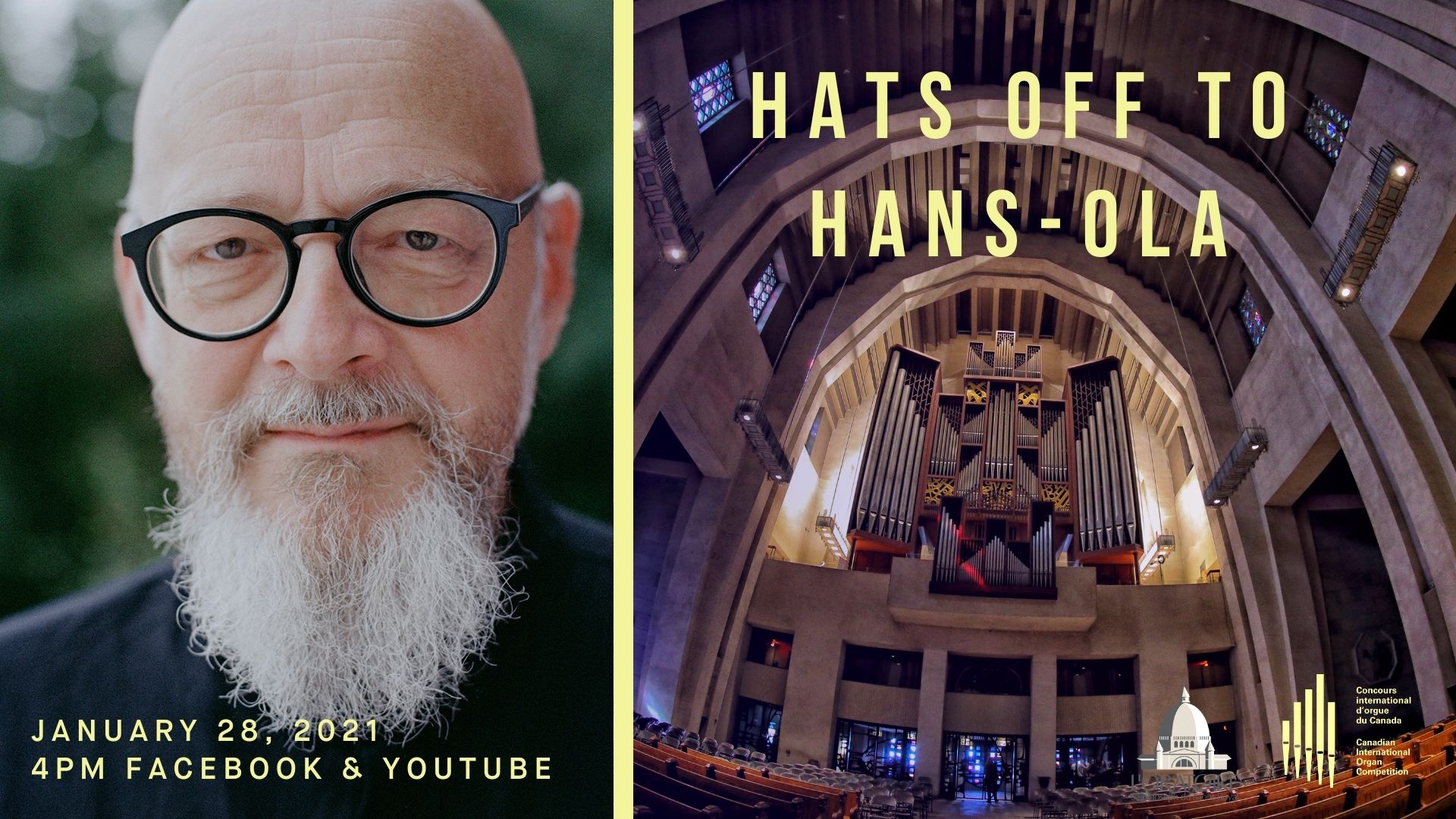 The CIOC is pleased to present Hans-Ola Ericsson in concert at the Immaculée-Conception church and Saint Joseph’s Oratory. Join us January 28 at 4 p.m. for this special concert production, presented in collaboration with the Oratoire Saint-Joseph du Mont-Royal. With a selection of works by J.S. Bach, Nicolas Bruhns, the Livre d’orgue de Montréal, and Ericsson himself, we celebrate the distinguished career of this internationally renowned organist, composer, and pedagogue, as he bids farewell to Montréal and prepares for a new chapter in his native Sweden.

Ericsson served as a member of the international jury for the inaugural Canadian International Organ Competition in 2008. He succeeded Professor Emeritus John Grew as Professor and Chair of Organ and Church Music at the Schulich School of Music of McGill University, where he served from 2011 until 2020. Under his direction, the McGill organ department continued to flourish as one of the leading programs in the world. Ericsson has taught multiple CIOC competitors, including three of the five 2017 CIOC finalists: Alcée Chriss III (1st-prize winner), Nicholas Capozzoli (3rd-prize winner), and Mária Budáčová.

Ericsson recently received an honorary Fellowship of the Royal Canadian College of Organists, the highest honour that can be bestowed by the college.