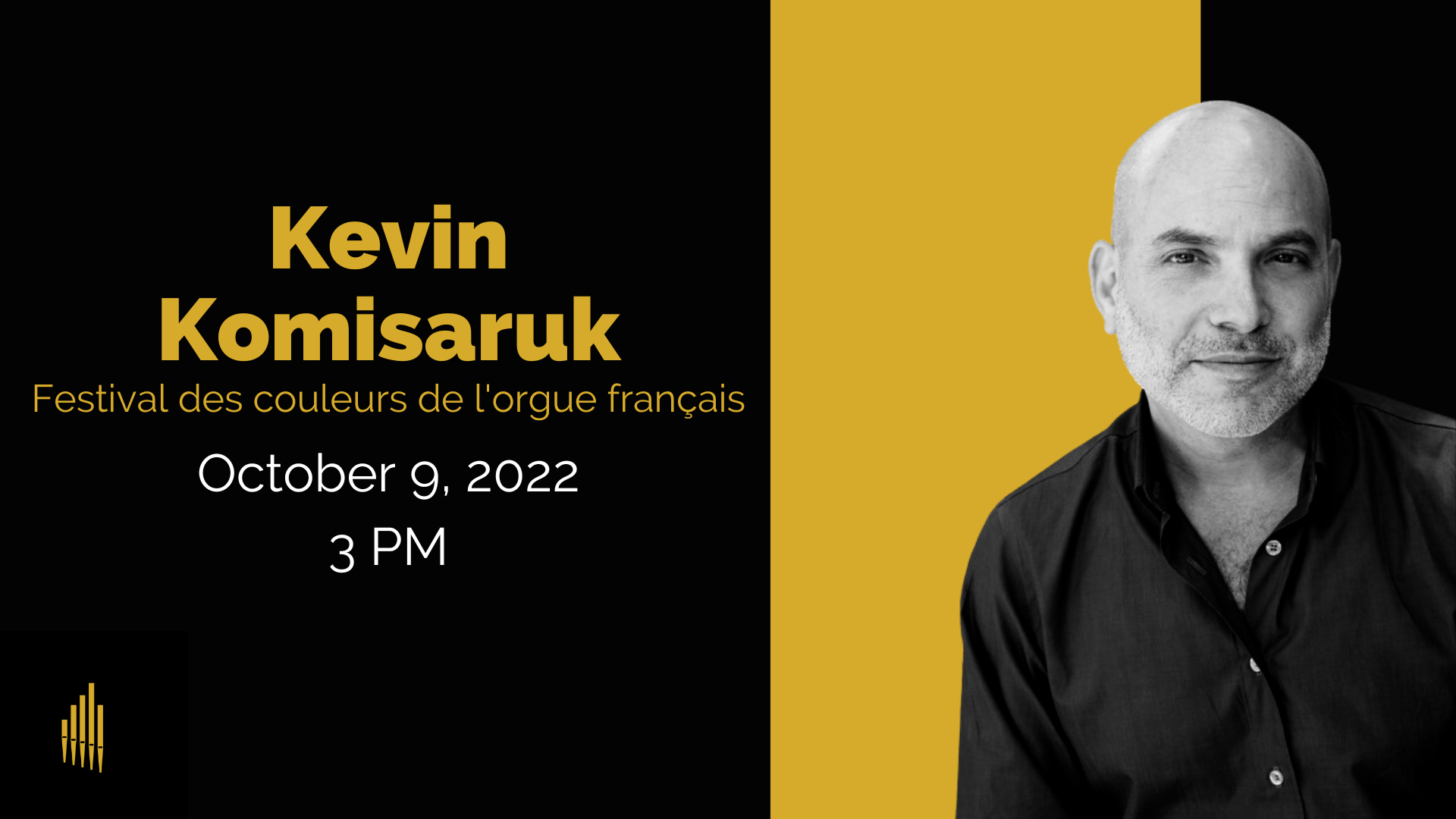 Kevin Komisaruk has been based at the University of Toronto since 2003, where he teaches organ and harpsichord performance, improvisation, and pedagogy. From 1990-2003 he was based in Montreal and directed music at St. John’s Lutheran and the Church of St. John the Evangelist, while obtaining three degrees from McGill, studying with John Grew, Margaret de Castro, and Hank Knox. His scholarship explores intersections between performance practice, rhetoric, flow theory, kinaesthetics and improvisation, and how these impact the spiritual, emotional, and physical health of artists and listeners in numerous applications, especially palliative care. He has performed throughout North America and Europe, and produced two solo discs on the ATMA label which received several international citations.