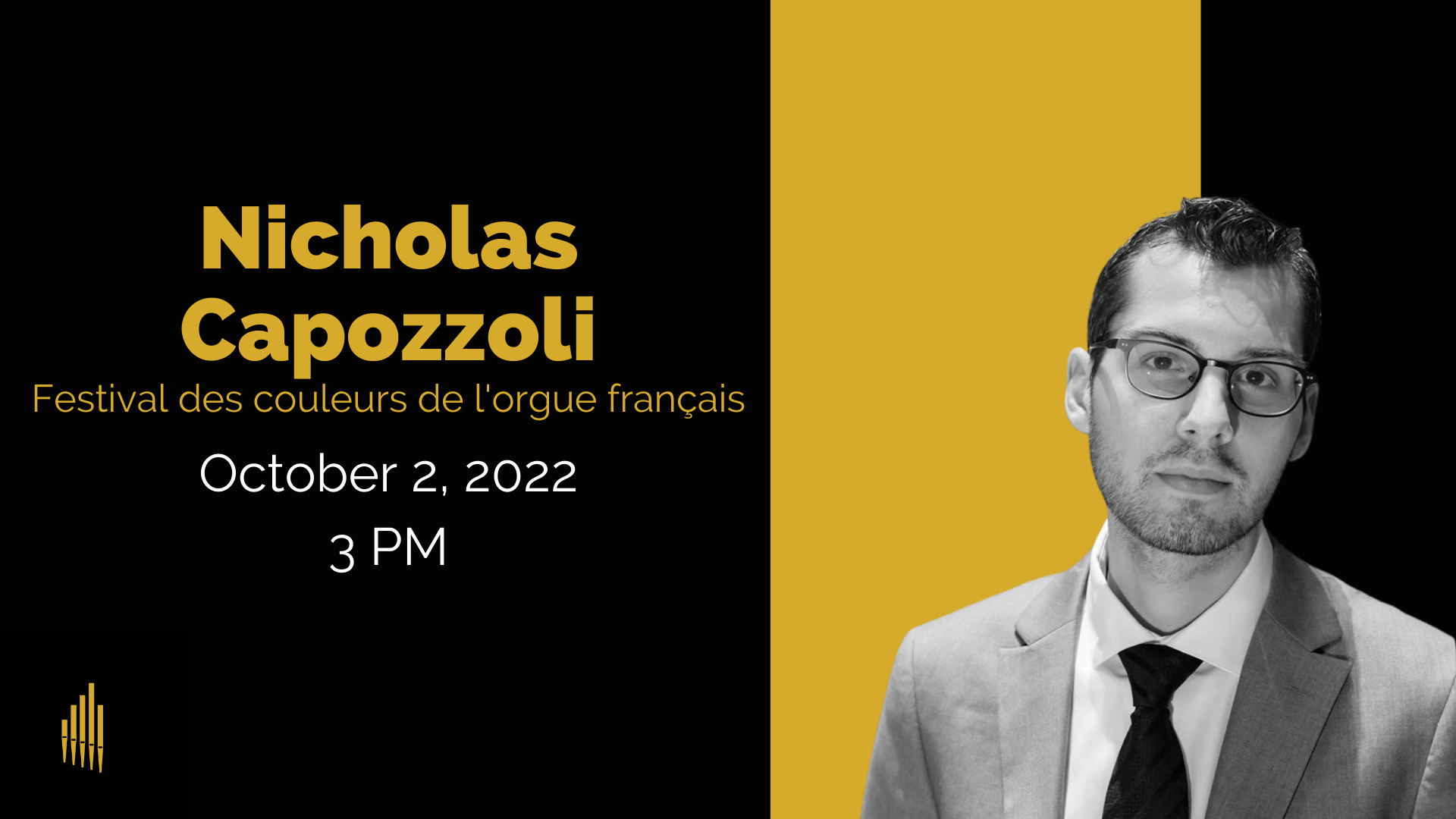 Nicholas Capozzoli has established himself as a solo organist and collaborative artist with great distinction and versatility.  His artistic accomplishments have been recognized throughout North America, most recently with Third Prize in the 2017 Canadian International Organ Competition. Capozzoli holds a Master of Music in historical performance and Bachelor of Music in organ performance from the Oberlin Conservatory of Music. He is a recent graduate of McGill University, and his doctoral thesis on the life and organ music of Claire Delbos is the first study of its kind. He is Director of Music at Christ Church Cathedral, Montreal and is represented exclusively by Seven Eight Artists.